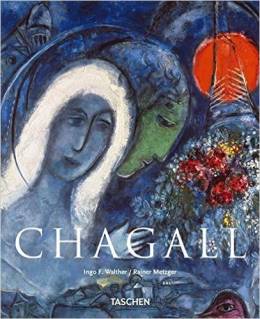 Marc Chagall (1887-1985) is widely regarded as epitomizing the "painter as poet". The worldwide admiration he commanded remains unparalleled by any artist of the 20th century. Chagall's paintings, steeped in mythology and mysticism, portray colourful dreams and tales that are deeply rooted in his Russian Jewish origins. The memories and yearning they evoke recall his native Vitebsk, and the great events that mark the life of ordinary people: birth, love, marriage and death. They tell of a world full of everyday miracles - in the room of lovers, on the streets of Vitebsk, beneath the Eiffel Tower in Paris. Heaven and earth seem to meet in a topsy-turvy world in which whimsical figures of people and animals float through the air with gravity-defying serenity. This art album presents Chagall's work.