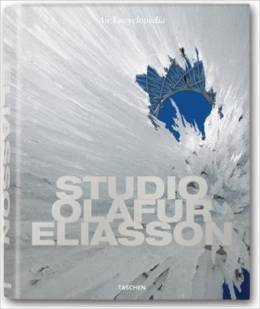 Studio Eliasson is an experimental laboratory located in Berlin and Copenhagen. It functions as an interdisciplinary space, generating dialogues between art and its surroundings. Through ongoing studies of spatial and temporal matters, it explores how form is a carrier of content and seeks to enhance a general awareness of this relation. The aim of this book is to facilitate access to the works and research being produced in Studio Eliasson, lead by Danish-Icelandic artist Olafur Eliasson, as well as create a rich sourcebook, enabling the reader to delve into the corners and crevices of the work. The book is organized around the alphabet, with each letter being represented by a number of concepts which are unfolded in small texts, comprising approximately ten lines each. Included is the vast majority of Eliasson's installations, photographs, sculptures, and architectural projects to date, with additional material focusing on the research processes in Studio Eliasson. The introduction is provided by Philip Ursprung, professor in modern and contemporary art at the Institute of Art History, University of Zurich and editor of the book "Natural History" on the architects Herzog & de Meuron. The texts about the alphabet concepts are derived from discussions between Ursprung and Eliasson.