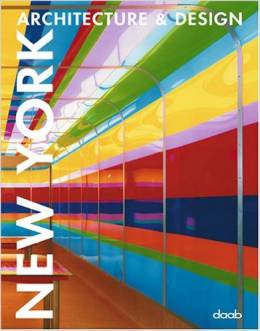 The Big Apple, cosmopolitan city par excellence, capital of the world; these are some of the adjectives that have defined New York over the course of history, although words are never quite enough to describe this fascinating and vibrating city. Its strategic geographical position, its historical record as the primary doorway open to the New World, its rapid economic growth and its role as meeting point and gathering place for the cultures of the world make it a city that never stops re-inventing itself. New York's recent architecture illustrates this dynamic character. What several decades was possibly perceived as an obsessive appeal for skyscrapers and the creation of a singular skyline has now given way to a body of architecture the exhibits articulate forms, incorporates advanced construction systems, explores new materials and above all, seeks a continuous interaction with the city's inhabitants. The current book propose a tour of the most recent corporate!
buildings, commercial spaces, museums, hotels, restaurants, bars and public spaces within the edition, a complete and thorough study of the most recently constructed works and future projects of a city that continues to stand as reference point for the contemporary architecture stage.