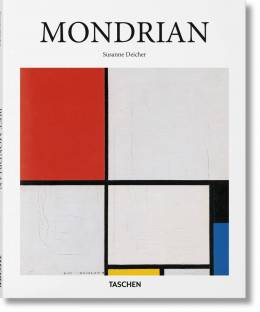 A key figure in the international avant-garde, Piet Mondrian (1872–1944) was at once an extraordinary painter and leading art theoretician whose influence resonates to this day. Coining the term “Neo-plasticism”, he pursued a style of painting composed only of primary colors against a grid of black vertical and horizontal lines and a white base background.

Mondrian’s vision was that this essential painting would help to achieve a society in which art as such has no place, but rather exists for the total realization of “beauty.” With stints in Amsterdam, Paris, London, and New York, Mondrian drew upon the modern metropolis and modern music, especially jazz, as points of inspiration. In 1917, he cofounded De Stijl, originally a publication, and subsequently a circle of practitioners, committed to a strictly geometrical art of horizontals and verticals.