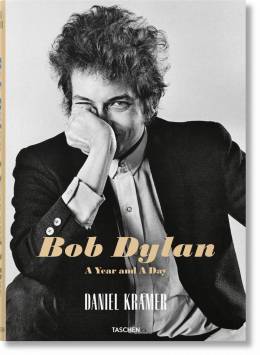 Bringing It All Back Home
The Dylan breakthrough portfolio

Daniel Kramer’s classic Bob Dylan portfolio captures the artist’s transformative “big bang” year of 1964–65. Over the course of a year and a day, Kramer’s extraordinary access to Bob Dylan on tour, in concert, and backstage, allowed for one of the most mesmerizing photographic portfolios of any recording artist and a stunning document of Dylan breaking through to superstardom.

Highlights include the Lincoln Center’s Philharmonic Hall concert with Joan Baez; the Bringing It All Back Home recording sessions; and the now-famous concert at Forest Hills, when Dylan’s controversial transition to electric guitar exemplified his constant, cryptic state of becoming. As much a document of a seminal period of rock ’n’ roll history as of Dylan himself, the pictures also feature such compelling friends and collaborators as Joan Baez, Johnny Cash, Allen Ginsberg, and Albert Grossman.