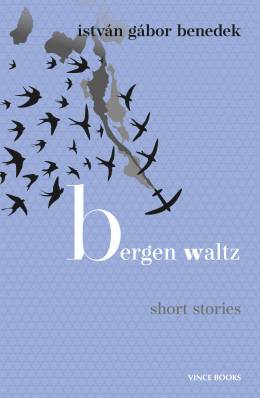 István Gábor Benedek works in a wide variety of genres, but his shorter works, following the legacy of Hungarian short story writing, are certainly the most enduring part of his oeuvre. At the age of seven, he was dragged off to Austria, Germany and Czechoslovakia, and the stories in this collection recall the stages of this surreal journey. However, the tragedy of the events is tinged with the magic of storytelling and the joy of revealing strange fates. The stories mostly begin in the scenes of Hungarian Jewish life, but even if the heroes are not exceptional, their ordeals are anything but ordinary. And meanwhile they take on a new dimension, so that even though the characters are surrounded by barbed wire, their lives are rooted in treasured traditions and the soul is uplifted.

Born in 1937, at the age of seven István Gábor Benedek was deported from his home town of Tótkomlós to Bergen-Belsen in 1944. Later on he worked as a journalist. His first novel was published in 1985 and from then on he wrote short stories, novels, screenplays, documentaries and radio plays. A film based on his book, Holnapra a világ was directed by Lajos Fazekas. The Torah Scroll of Totkomlos, a collection of short stories, was published in several editions in Hungary and also in Germany and Slovakia. Several of his works have appeared (in Hungarian) in the New York-based Figyelő and the Toronto-based Menorah. The Tel Aviv journal Új Kelet published one of his novels and almost all his novellas and short stories. He is an honorary citizen of Tótkomlós and Gerasdorf bei Wien.

Elizabeth Szász came to Hungary in the 1960s as the wife of writer Imre Szász and has lived in Budapest ever since. She mainly works as a translator, translating literature and screenplays as well as writing the English subtitles for many Hungarian films. In the 1970s she was Budapest stringer for the Financial Times and later she wrote and recorded scenes for the BBC World Service.

Eszter Molnár was born in Budapest in 1956. She spent five years in England as a child and in her early teens where she developed a passion for books, beautiful green spaces, rescuing animals and Marmite... She translates from English into Hungarian (mostly novels) and from Hungarian into English (mainly short stories). Contemporary literature for the most part.

Kálmán Faragó is a Budapest-based writer, poet and translator. He has translated contemporary British poetry for various anthologies and projects of the British Council and ELTE University, Budapest, and organised English-language poetry readings in Hungary. Recently he has been writing non-fiction about World War II.