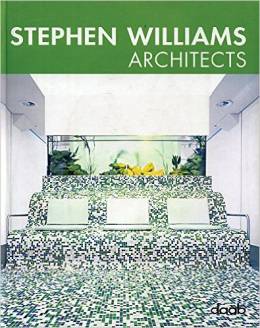 This series presents international architects and designers who have not published an own book yet. Stephen Williams is one of them. With his office Stephen Williams Architects in Hamburg he focusses on corporate architecture with the ambition to relate the architecture to the companies philosophie. Expermenting with connotation and quotation in each of his projects, Stephen Williams' work is marked by literary aesthetic qualitities, not only in terms of conceptual function but also in his detailed exploration of simultaneous levels of meaning. Projects for customers such as VW, Warner Music and Universal have brought him already a great reputation. Recently he is planing the flagship store for the international known ceramic company Dibbern. This book features a selection of his projects and introduces to his innovative work.