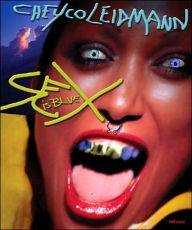 In our ceaseless search for images to astound and amaze the eye we scour the planet for new ideas. We present : Cheyco Leidmann, one of the worlds greatest visualists, whose overwhelming success with the public is undeniable. He has created six award-winning books, one of which was the cult masterpiece FOXY LADY. A best-seller throughout the world, this outstanding book influenced film makers, creative directors and a whole generation of young photographers. His trademark style is immediately recognizable, anything that comes close risks becoming a Leidmann clone. Cheyco Leidmann did performances in New York, Cologne and Paris and had exhibitions around the globe. His works received numerous prestigious awards amongst them the New York Creative Directors Club Gold Award. A tribute was recently given to Cheyco Leidmann by the most famous young fashion brand in Europe as part of their collection. In charge of production and styling is Ypsitylla von Nazareth.