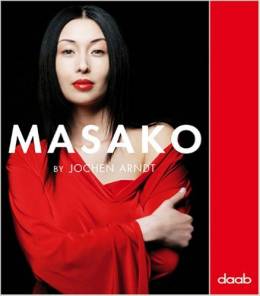 Jochen Arndt trained as a professional photographer in a photographic advertisement studio in Koblenz. Between 1995 and 1997 he lived and worked in Cologne and New York where he portrayed up and coming stars of the music scene. In 1999 he met MASAKO, a (half-) Japanese woman at a „GoSee". A liaison of a special kind developed between them – a platonic „amour fou" between a model and a photographer.Jochen highly appreciates her versatility, her acting talent and her naturalness in front of the camera.Over many years the two of hem realised several photographic projects – just for fun; in this book the highly diverse outcome is published for the first time.In the eyes of the photographer Jochen Arndt MASAKO can range from being the nice girl from next door to being wicked or devoted and affectionate; she can be a bitch or well behaved, a vamp or... simply herself.