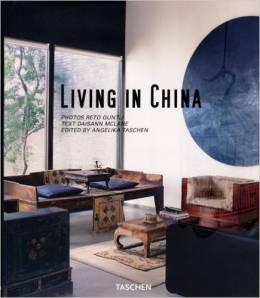 Dating back more than six thousand years, China is the world's oldest civilization and most populous nation. With its remarkable history, rich culture, and diversity of ethnic groups, China is an endlessly fascinating country. Sneaking a peek at an array of different homes, from ancient to modern, "Living in China" brings you to places that most will never have a chance to visit. Whether it's a house in Beijing by Chinese contemporary architect Ai Weiwei, Shigeru Ban's minimalist bamboo Furniture House, a 19th century Qing dynasty temple, a Mongolian farmhouse, a 7th-century mansion in Dong Yang incorporating Confucian ideology and Feng Shui theory, or an exclusive club in a renovated 17th-century place, all of the interiors featured here capture intriguing facets of life in China today.