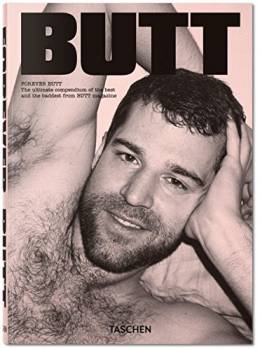 This meaty anthology, FOREVER BUTT, revisits some of the magazine’s finest and most thrilling moments from more than a decade in print. Material from now rare and collectible editions of BUTT is here made available again here, including sexy pictures, and candid interviews with such spectacular men as Gore Vidal, François Sagat, Marc Jacobs and Your Big Dick Host. In true BUTT style, the book celebrates sex as something joyous, social and silly while also, as artist Wolfgang Tillmans writes in his introduction, “first and foremost an exhilarating read”.