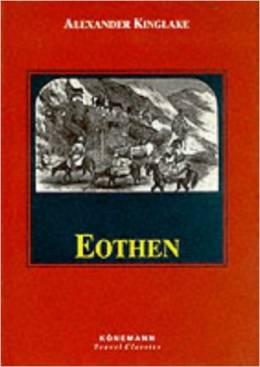 This historic book may have numerous typos and missing text. Purchasers can download a free scanned copy of the original book (without typos) from the publisher. Not indexed. Not illustrated. 1900 edition. Excerpt: ... them as they lay encamped in the vale; their camels, and indeed all their possessions worth taking, were carried off by the soldiery, and moreover the then sheik, together with every tenth man of the tribe, was brought out and shot. You would think that this conduct on the part of the Pasha might not procure for his "friend" a very gracious reception amongst the people whom he had thus despoiled and decimated; but the Asiatic seems to be animated with a feeling of profound respect, almost bordering upon affection, for those who have done him any bold and violent wrong, and there is always, too, so much of vague and undefined apprehension mixed up with his really well-founded alarms that I can see no limit to the yielding and bending of his mind when it is worked upon by the idea of power. After some discussion the Arabs agreed, as I thought, to conduct me to a ford, and we moved on towards the river, followed by seventeen of the most able-bodied of the tribe, under the guidance of several gray-bearded elders, and Sheik Ali Djourban at the head of the whole detachment. Upon leaving the encampment a sort of ceremony was performed, for the purpose, it seemed, of insuring, if possible, a happy result for the undertaking. There was an uplifting of arms, and a repeating of words that sounded like formulae, but there were no prostrations, and I did not understand that the ceremony was of a religious character. The tented Arabs are looked upon as very bad Mohammedans. We arrived upon the banks of the river,--not at a ford, but at a deep and rapid part of the stream,--and I now understood that it was the plan of these men, if they helped me at all, to transport me across the river by some species of raft. But a reaction had taken place in the opinions of...